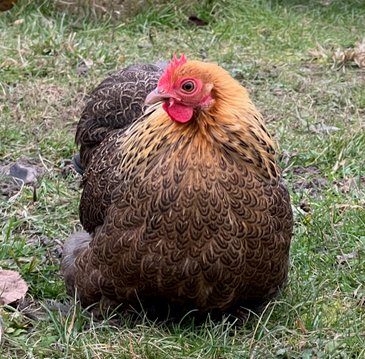 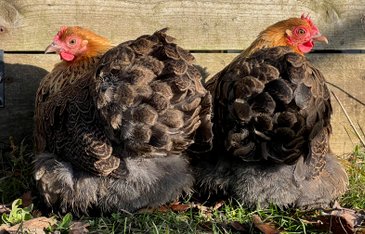 Head and neck hackle light gold or straw, each feather distinctly striped down middle with black. Remainder clear light partridge brown, finely and evenly pencilled all over with concentric rings of dark shade (preferably glossy green-black). The whole of uniform shade and marking, and the ground colour of the soft brown shade frequently described as the colour of a dead oak leaf, with three concentric rings of pencilling or more over as much of the plumage as possible.